Spring skiing, sunshine, and epic ski movies – can you name a better trio? As we approach spring ski season, we’re celebrating the  aptly named “Spring Skiing Capital” by watching our favorite ski movies shot at Palisades Tahoe. The perfect way to unwind after après, these retro films will have you roaring with laugher and perhaps you’ll find yourself inspired to bust out some 80’s garb, or at least hit the perfect line – and maybe get it on camera. Here is our definitive list of a random assortment of ski movies shot at Palisades Tahoe, in no particular order.

We had to put at least one Warren Miller film on the list, and this one, narrated by Johnny Moseley, definitely lives up to the iconic status warranted by a Warren Miller Production. “The pressure is off. No one is watching. It’s just you, your boards and the mountain. The weather has broken and the snow is untracked. The only sound is that of your breath, crystallizing in the winter air. There’s only one place to go, but there are an infinite number of ways to get there. Adjust your gear, take a deep breath and . . . ski, shred, huck, bomb, launch, spin, charge . . . Like There’s No Tomorrow.” Featuring Tahoe icons Julia Mancuso and Daron Rahlves, this movie will deliver the quintessential stoke you’ve come to expect from a classic ski movie. You can stream the entire film on YouTube.

This 80’s “Rocumentary” was the first ski movie set to a pop music soundtrack. It inspired a generation of extreme skiing with it’s punk rock attitude, and set the bar for freestyle ski movies for years to come. It introduced Tahoe native and mohawked bad-boy Glen Plake, a self-confessed drink-and-drug-fueled punk rocker, and showcased the cliff-jumping prowess of Scot Schmidt. Director Greg Stump, famous for goofy moguls movies, says, “‘Extreme’ was really an unknown word then, but once ‘Blizzard’ came out you could get an extreme combo at Taco Bell.” You can download a streaming version of the film here, and see how many epic runs you recognize. 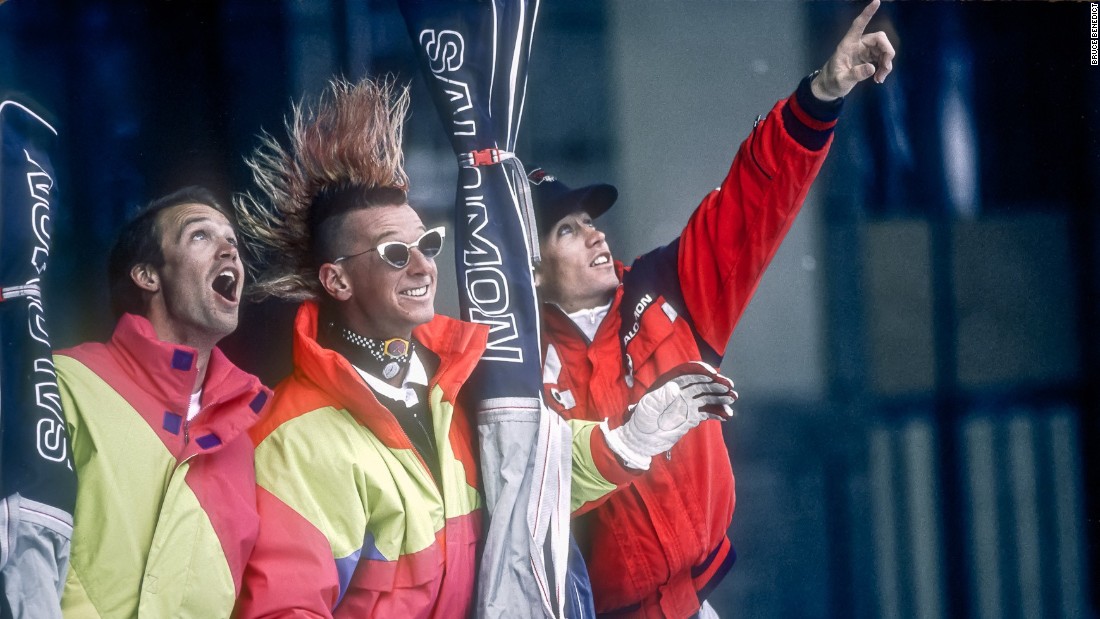 This documentary covers the life and legacy of Palisades Tahoe darling Shane McConkey, arguably one of the most influential skiers of his generation. The film explores “the legacy one athlete left to the progression of his sports, and the path he paved to conquer his dreams. Shane McConkey is revered as a pioneer of freeskiing and ski-BASE jumping, and through his talent and ability to use his trademark irreverent humor, he inspired countless lives.” McConkey was a free spirit who loved to live lift on the edge. He was famous for pushing the limits, and this film serves as a testament to his true nature, and his enduring legacy among the ski community and his family and friends. You can rent the movie on Amazon or buy it directly here. 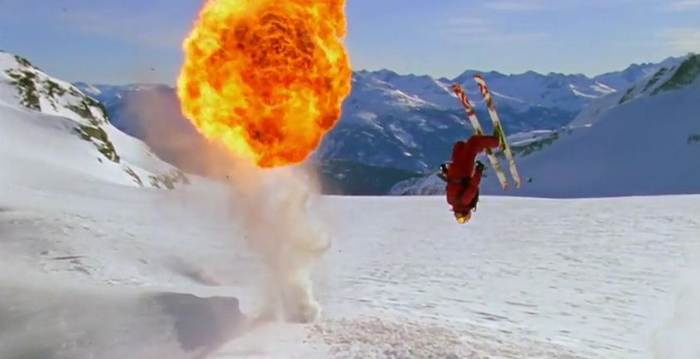 Another 80’s classic – is it the outfits, the skinny skis, or the hilarity that makes 80’s ski movies so good? Hot Dog is a classic underdog story, and the original synopsis is so good we have to share it here: “When a hopeful young American hot-dogger goes pole-to-pole with an arrogant Austrian pro, the snow really starts to fly! But as hot as it is on the mountain, it gets even hotter off when the pro’s ex-girlfriend (Tweed) sets her eyes on the new blood. Who’ll win the competition and the girl? Only a race to end all races can determine which skier can really cut the mustard!” Filmed entirely at Palisades Tahoe, we love the recognizable views and retro village shots. You can stream the entire film here on Vimeo, or if you really want to lean into the retro vibes, order a VHS tape from Amazon! 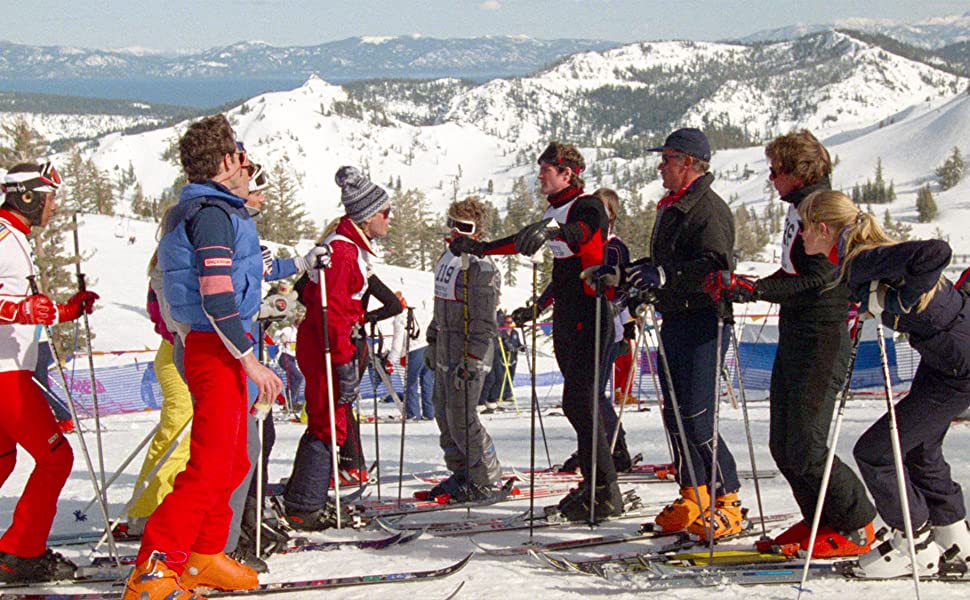 A lighthearted ski film that offers phenomenal athletes, gorgeous lines, and goofy interims. Featuring stellar athletes like locals Cody Townsend and Elyse Saugstad, the film doesn’t take itself too seriously and offers up plenty of feel-good moments and cringe-worthy jokes. You can stream it for free on Amazon.

Greg Stump’s follow-up to Blizzard of Ahh’s, License to Thrill is another hilarious and punk-rock fueled 80’s ski movie featuring extreme skiing and incredible locations. What began as a cheap rip-off of a James Bond title, over the years this film has evolved into a celebration of rhythm. “This energetic, youthful, dynamic and entertaining movie takes you exactly where you want to be:  Extreme skiing in 1989.” Many credit this film as the first true “Ski Porn.”  Either way, if you’re in the mood for 80’s rock, punk skiers, and outrageous costumes, this is the film for you. You can download a digital version of the film here. 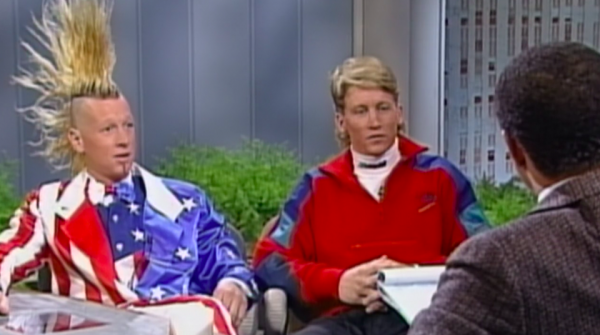 The Palisades at Olympic Valley

The information provided is for informational purposes only, and is not an offer to sell or a solicitation of offers to buy any investment or property. In particular, nothing on this website is intended to be an offer to sell property to, or a solicitation of offers from, residents from any state that require prior registration or qualification of real estate. All data and information set forth on this website regarding real property, for sale, purchase, rental and/or financing, are from sources regarded as reliable. The statements set forth herein are summary in nature, not intended to be complete, and should not be relied upon in making any investment decisions. Offers to acquire property will only be made pursuant to separate complete set of purchase and sale documents to be provided by Palisades Sales and Marketing and prospective purchasers should review all such documents carefully and should seek competent legal, tax and financial advice in connection therewith. No property view is guaranteed and views may be altered by subsequent development and construction at the project. All renderings and illustrative maps are conceptual only and subject to change. Amenities shown in renderings and illustrative maps are proposed, have not received county approval and may not occur or may be changed. Dimensions, sizes, specifications, furnishings, layouts, and materials are approximate only and subject to change without notice. Window sizes, layouts, configurations and ceiling heights may vary from condominium to condominium. DRE #01781565. Equal Housing Opportunity.