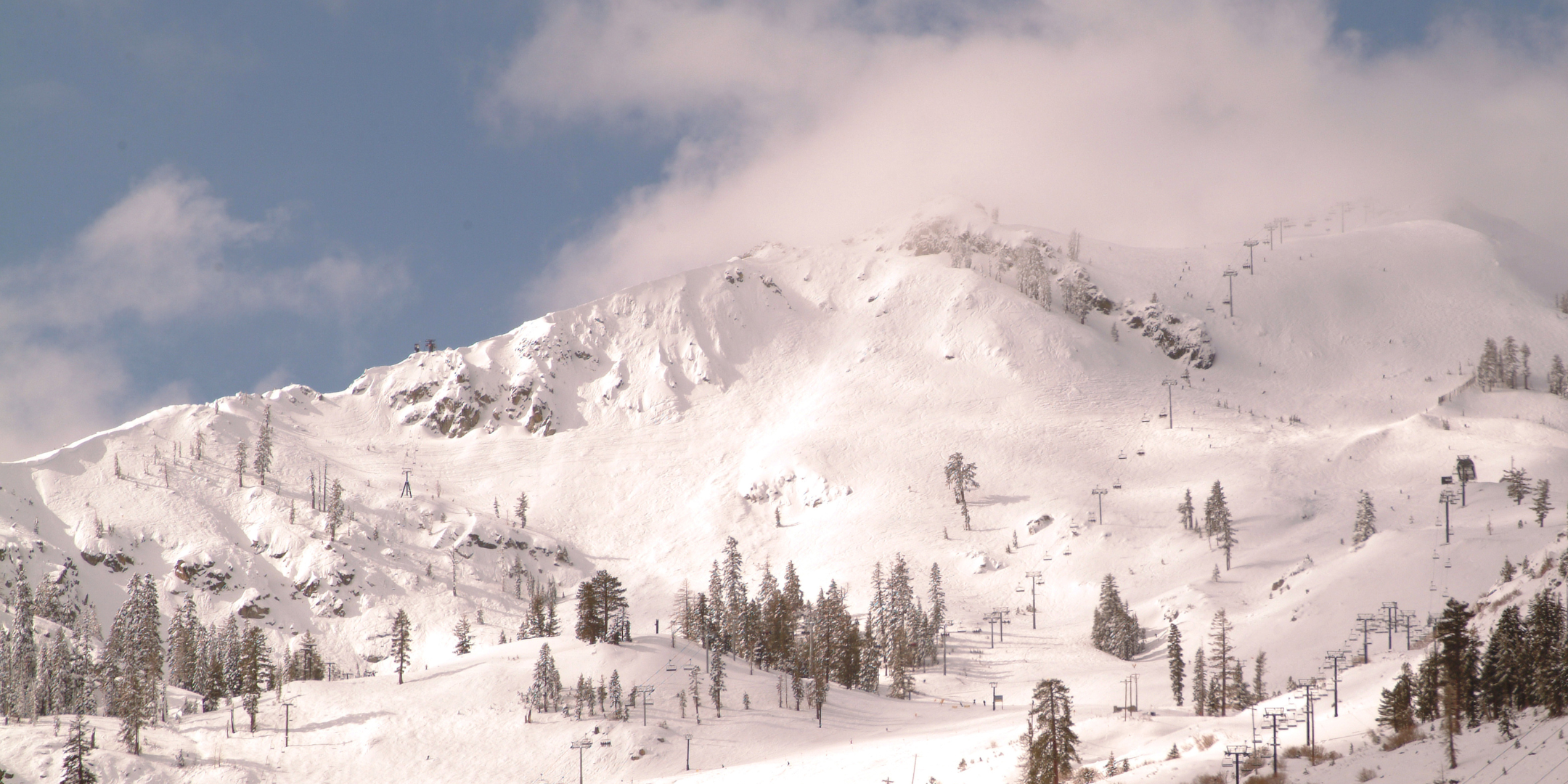 As the Olympic Valley changes from fall foliage to winter snow, we’re all gearing up for an exciting ski & snowboard season this year. From a new Base-to-Base Gondola to ski events on the world stage to remembering our area’s Olympic past, read on to get ready for another exciting ski season at Palisades Tahoe. The snow is starting to fly so it’s time to wax those skis and snowboards before the chairlifts start to turn. Opening day is slated for November 18!

Let’s start with the biggest news of all, the Base-to-Base Gondola will be open for its first season linking our Olympic Valley with Alpine Meadows creating access to all 6,000 acres of terrain. The nearly 2.5-mile gondola ride will link Palisades Tahoe to Alpine Meadows for the first time ever. No need to hop in a car to ride both ski areas in the same day. You can choose to get off to ski and ride at 3 of the 4 terminal stops along the way or ride the full length from the Olympic Valley over to Alpine Meadows. The new Base-to-Base Gondola will make Palisades Tahoe the largest ski area in California and the third largest ski area in North America!

Also, new this season at Palisades Tahoe is the update and relocation of the Red Dog chair lift. One of our favorite areas to find some untracked turns on a powder day, got an upgrade for the 22/23 season. The Red Dog chair lift has been relocated to offer easier access from the parking lot and will now be a detachable six-person chair.

Get out your cowbells, the 2023 Audi FIS Ski World Cup is coming to Palisades Tahoe! Mark your calendars for the last weekend in February. The weekend kicks off with the Men’s Giant Slalom on Saturday followed by the Men’s Slalom on Sunday on Dog Leg and Red Dog Face. With seven Team Palisades Tahoe athletes currently on the US Alpine Ski Team, it’s going to be a hometown showdown. There will be fireworks, outdoor concerts and lots going on in the village so you don’t want to miss it.

This isn’t the first time that Palisades Tahoe has been on the world stage. The women’s Ski World Cup circuit came through in 2017 and, as most of us know, Palisades Tahoe hosted the 1960 Winter Olympics. Did you know that Walt Disney was the 1960 chairman of the pageantry committee? His contributions forever changed how the Olympics are presented. If you’re interested in learning more about our area’s Olympic past, just hop on the aerial tram. Once you get to High Camp, you can make your way to the Olympic Museum to see 1960 Team USA uniforms & equipment, photos of the games and other memorabilia.

The Palisades at Olympic Valley

The information provided is for informational purposes only, and is not an offer to sell or a solicitation of offers to buy any investment or property. In particular, nothing on this website is intended to be an offer to sell property to, or a solicitation of offers from, residents from any state that require prior registration or qualification of real estate. All data and information set forth on this website regarding real property, for sale, purchase, rental and/or financing, are from sources regarded as reliable. The statements set forth herein are summary in nature, not intended to be complete, and should not be relied upon in making any investment decisions. Offers to acquire property will only be made pursuant to separate complete set of purchase and sale documents to be provided by Palisades Sales and Marketing and prospective purchasers should review all such documents carefully and should seek competent legal, tax and financial advice in connection therewith. No property view is guaranteed and views may be altered by subsequent development and construction at the project. All renderings and illustrative maps are conceptual only and subject to change. Amenities shown in renderings and illustrative maps are proposed, have not received county approval and may not occur or may be changed. Dimensions, sizes, specifications, furnishings, layouts, and materials are approximate only and subject to change without notice. Window sizes, layouts, configurations and ceiling heights may vary from condominium to condominium. DRE #01781565. Equal Housing Opportunity.